A graduate from The London College of Printing, finding a low paid assisting job with long hours pushing a broom around a small first floor studio in Orange Street – who could possibly not be happy?

The assistant was John and the photographer in question was a rising star of the 70’s and a huge personality – Stellakis Paris Aivaliotis.  Slightly daunted John remembers that first day well – “Call me Stak he said and I shall call you Jeem!”

John has worked as an Advertising photographer ever since that day in 1976. He has had experience working in London and the South West for well over 40 years. In that time he has photographed many campaigns for a wide variety of clients, from large Corporations to start-up businesses. 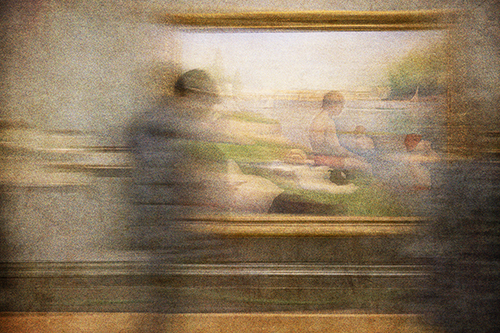 With his experience of working to exacting briefs and tight deadlines, it was inevitable that John would be attracted to the freedom of Fine Art Photography and it’s many challenges.

His love of photography had always been a driving passion and his style can be traced back to those early assisting days. It was one of those epiphany moments when John first set eyes on a film emulsion known as GAF 500.

It was an high speed transparency film (fast for it’s day) with rather unique properties. It produced images with a very noticeable grain structure.

This however was not quite enough for John. He found that by ‘push processing’ – a technique of rating the film at twice the ASA speed and increasing the time in the E4 first developer, John could enhance the grain structure even further. As the saying was ….’it had grain like golf balls’. 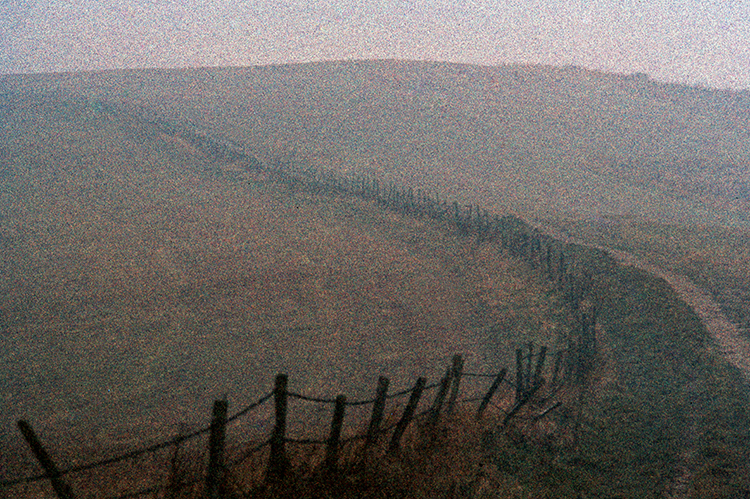 To a young lad, keen on impressionism and Georges Seurat in particular, the pointillist images that could now be produced straight out of the camera was a revelation. This is the basis of John’s style and one that he has been faithful too for many a year.

Life became a little difficult when this hallowed film was suddenly taken out of production. Apparently in a world which was aspiring towards sharp, grain free images, GAF 500 was a bit of an enigma. It was  a ‘marmite’ film.

Disappointed but undeterred and with a good deal of experimentation, John and his assistant ‘Jeem’ found another film stock capable of giving nearly the same effect if handled correctly, in his eyes!

But the dawn of the digital age and the supposed death of film bought new challenges. Using digital photography for his advertising work, he became very familiar with the medium and it’s software. However he was having difficulty finding a way to create the fine art effect he was after. Whilst digital software provided some of the answers it fell short in many important areas.

It was one of those ‘lightning bolt’ moments when looking through his back catalogue of transparencies John came across a GAF 500 slide, which had probably been close to the film lead-in from  the 35mm canister. Significant because it had received a little light without an image and had been processed correctly.
This small piece of film was a light transparent grey in colour and contained perfect useable grain structure. Realising this insignificant slide, which normally would have been thrown away, could be scanned and used as a filter for his digital photography. John was once more back in the business of producing images and prints, that possessed the grain structure he loved so much. 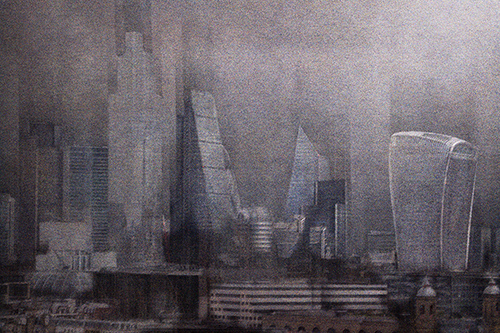 This and many other techniques derived from film and applied to the digital photographic process, helps John produce his very unique style of  work. Texture, atmosphere and mood are high on the list of priorities.

If you would like to purchase an image or a signed limited edition print details can be found on the Purchase page.

………… the beautiful RHS garden at Rosemoor